While I am working Janet continues her skiing expedition. She offers to help the people find the wheels for the bus.

With the temp rising up during the middle of the day it has caused a lot of melting, which then freezes again at night. That in turn creates a lot of ice. Hard walking around. Had a few arm windmill moments to stay upright. 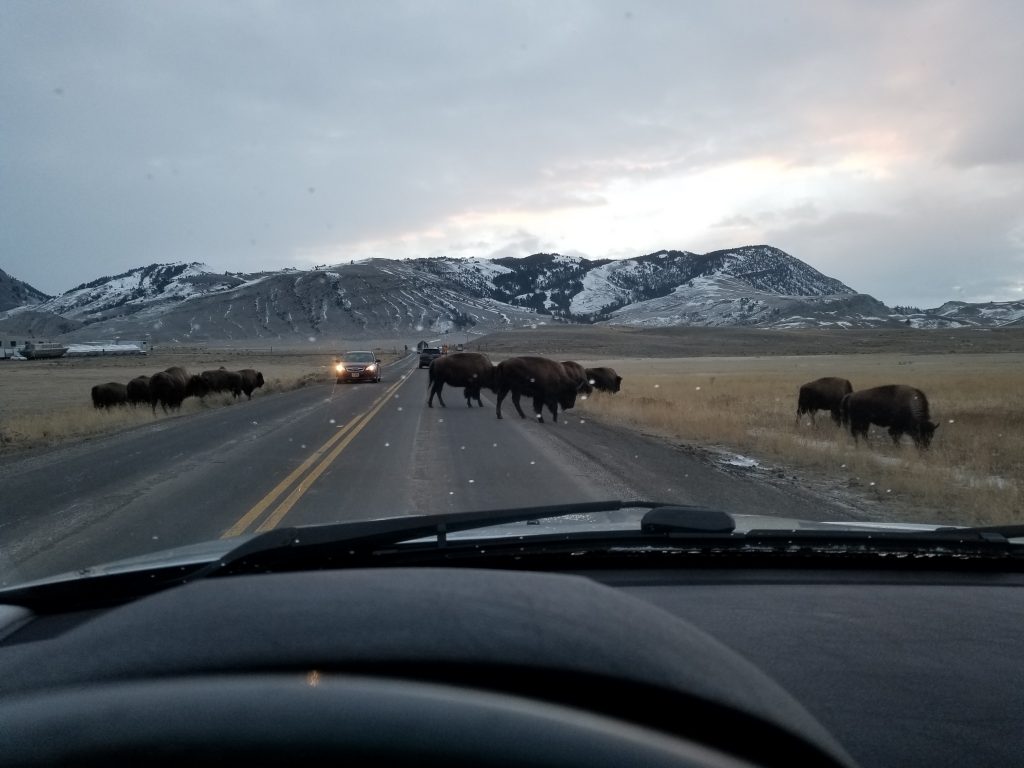 After the two in the road moved off to the right and the road was clear I started off again. Right when I got up to the ones on the left one darted out onto the road and ran to the other side. Guess he was having his bison zen moment and it was critical that he was on the other side of the road just then.

I am trying to through work that is being asked of me and put in place some of the things I want to have. To do this I need to put in some long hours. I get to work anywhere from 7:00 AM – 8:00 AM depending how fast I get out of bed. I work until 6:00 PM with a lunch break. At 6:00 PM I walk over to the employee cafeteria and have dinner. Then back to work until about 8:30 – 9:00 PM. Then I head home. Been seeing a lot of darkness. 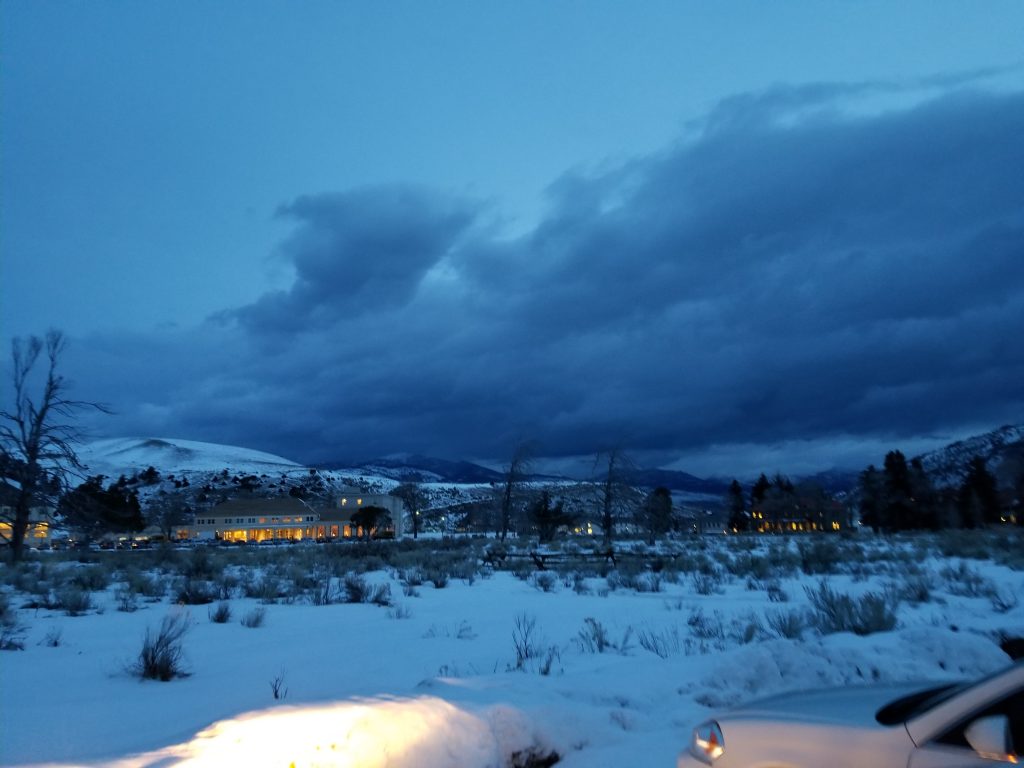 Drove the work car today. The low tire pressure indicator came on. I did a visual check of the tires and all seemed well. Went on to work. Checked about self serve for air and was told it was at the transportation department in Gardiner (reminder my office is in Mammonth Springs).  I am having a run of luck with cars in Montana. I needed to get a gas card as well so made plans to go to the transportation office in the afternoon. Received my gas card and schooled on how to use it. They also had me bring the car into the shop. One of the mechanics checked the tires and gave them some additional air. I felt ridiculous. I asked them about how I could do it myself going forward. If I can’t check the air and add when needed in Montana I think they will take my “man card” away.

Work was a work day. Emails, meetings, phone calls were all to be done. I worked late and had dinner in the employee cafeteria so I could attend the cougar discussion. Well it turns out that the cougar expert was a government employee so the talk was canceled. What is the world coming too…..

On the drive home the tires were good. I did see a coyote and a huge fox on the drive home so that was a win. When I got close to home it started snowing hard. Will have to check the weather in the AM to see which car to drive tomorrow.

The view from my office window. 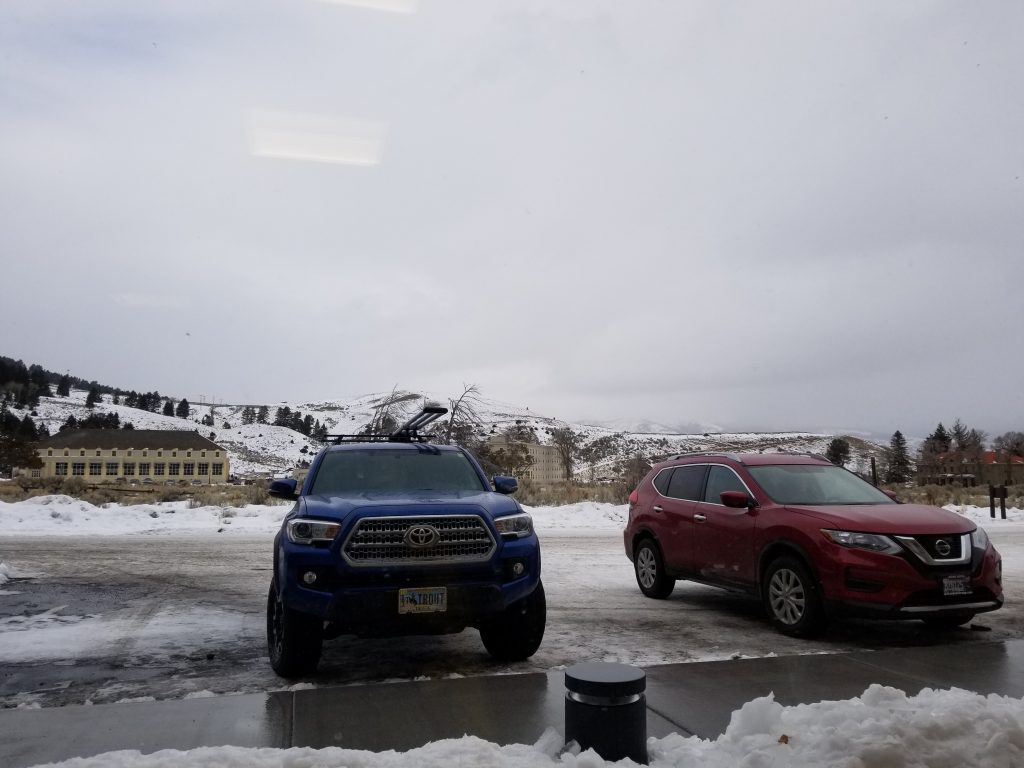 Walked past this on the way to lunch today. 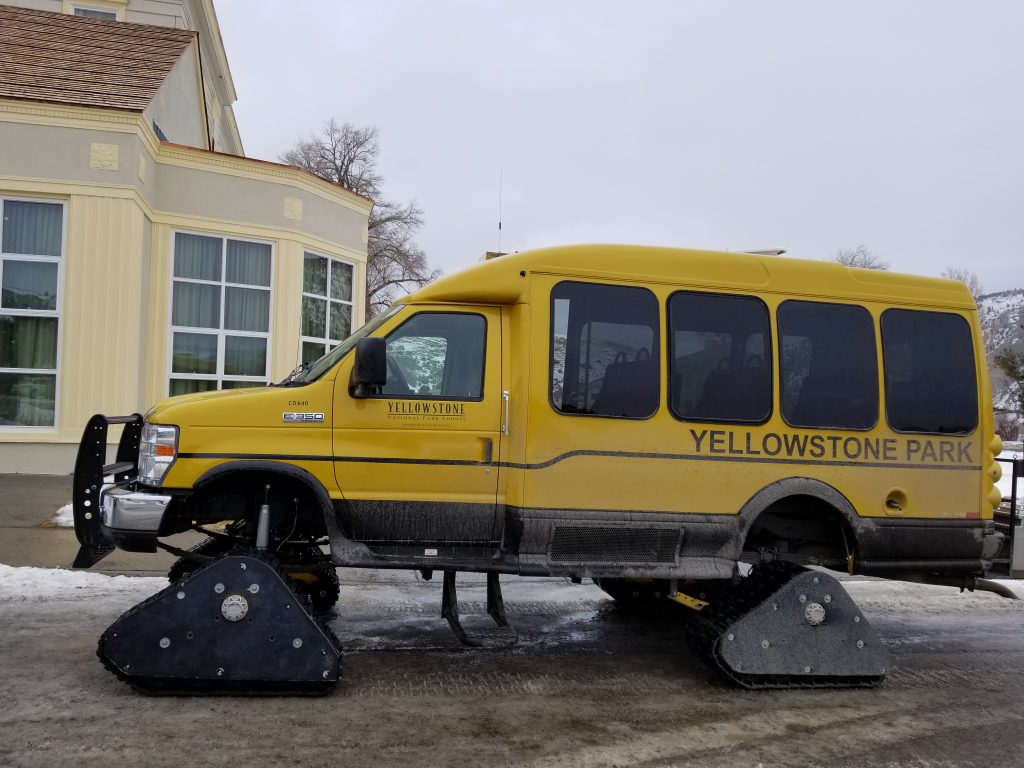 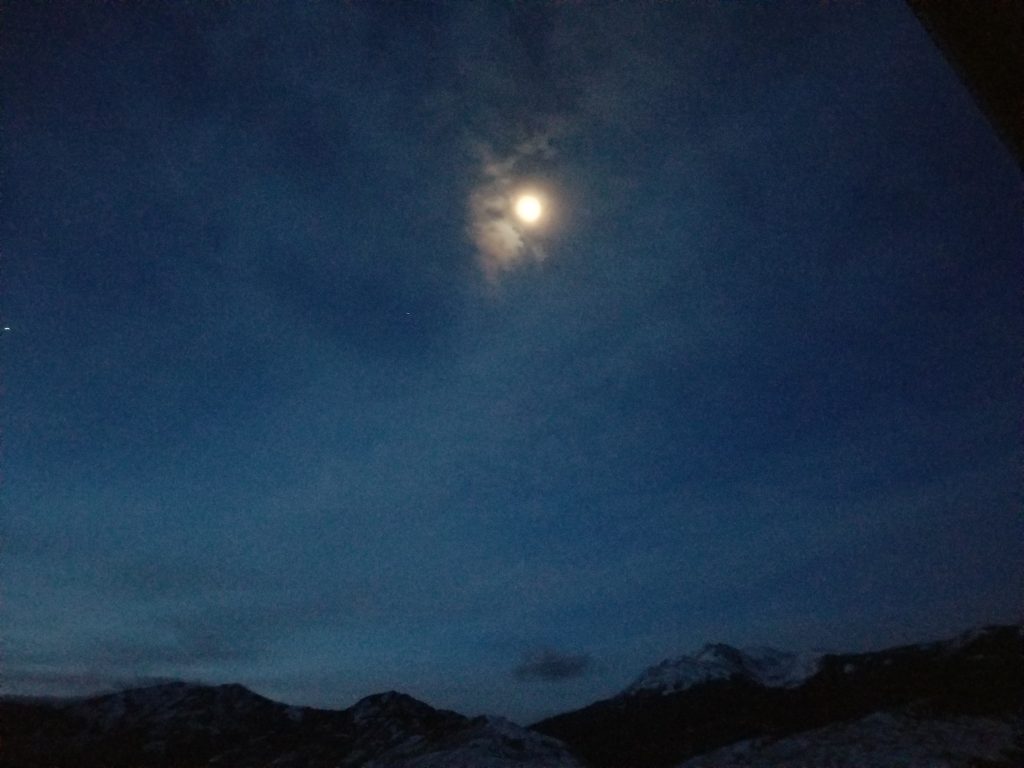 Odd going out and seeing the moon so high as I am leaving for work.

HR offices for check in. 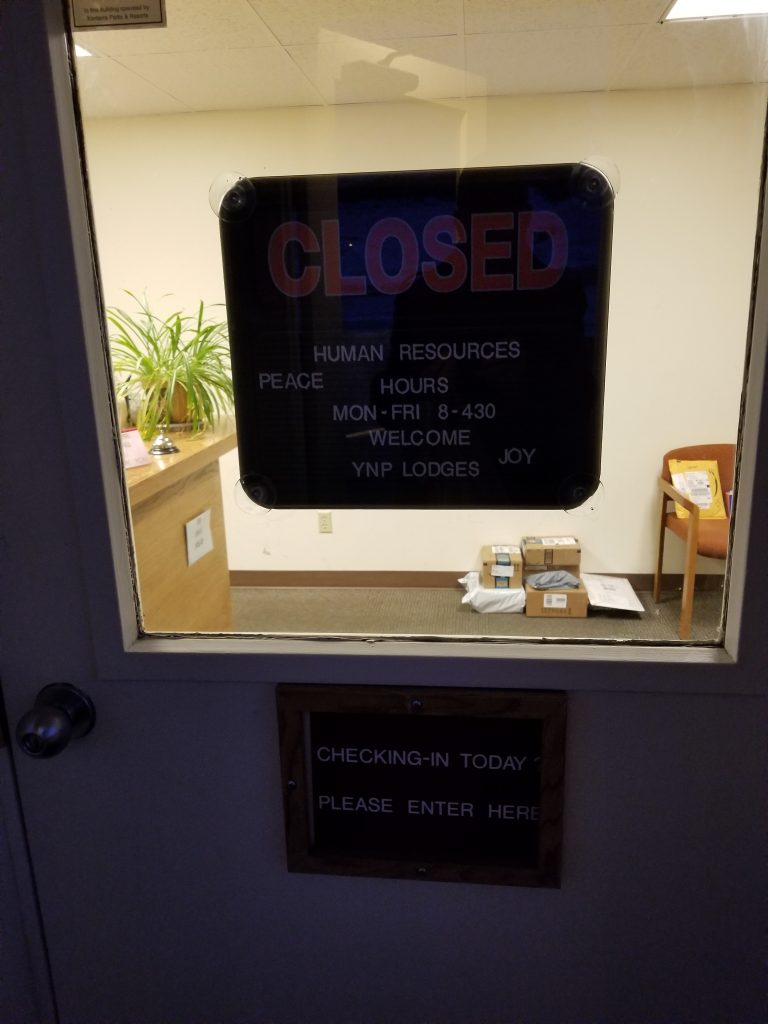 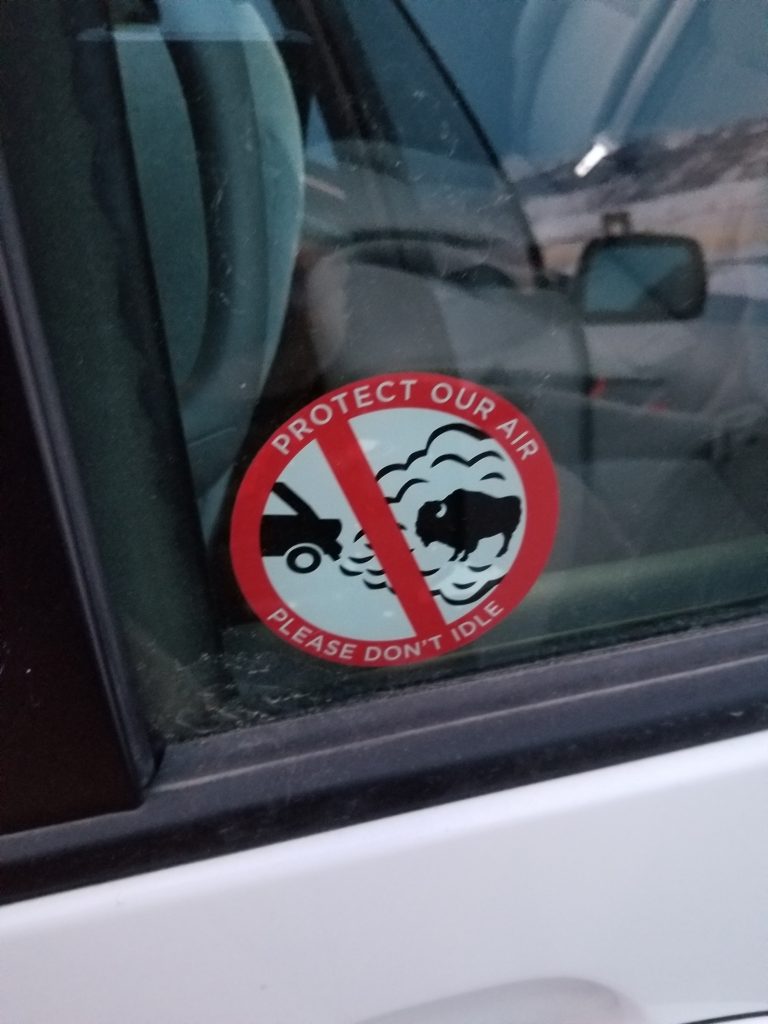 And my new office…. 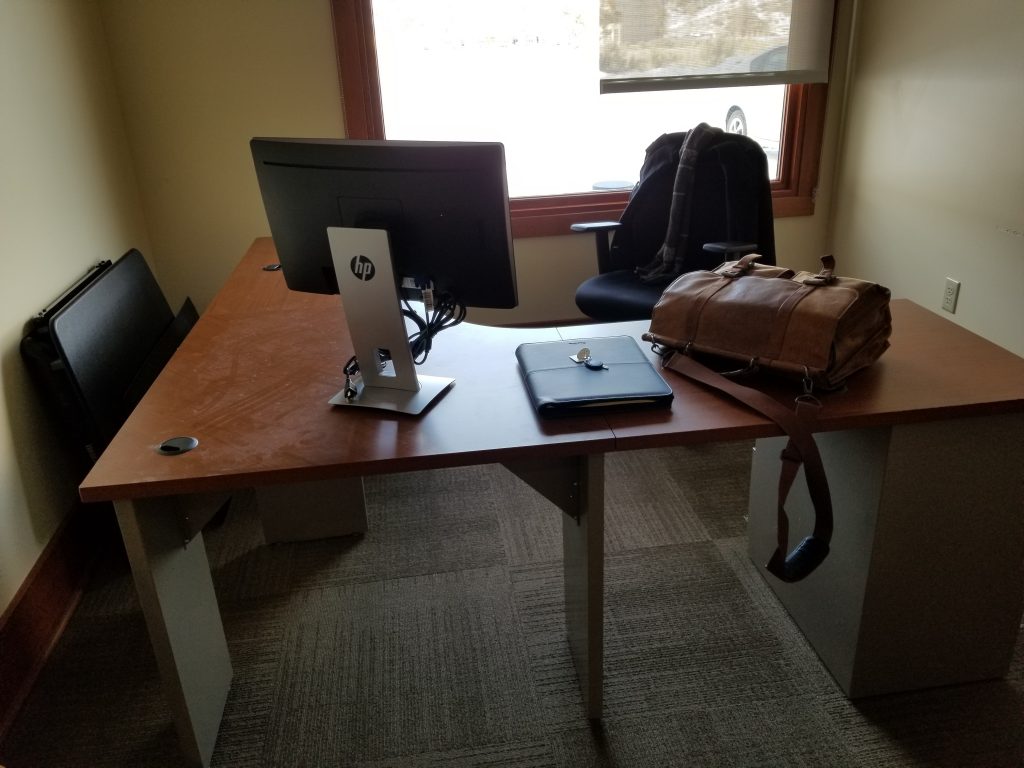