Went for my first run. The altitude is killing me. Went into full on sloth. As I was switching between running and walking as the songs changed I started approaching some elk. They were on both side of the road. A was in my sloth run as I was getting closer. A few got up and crossed the road. It looked like I could easily go between the two groups. Just then I was in my on episode of the Weather Channel “Would you survive?” A buck came running down into the middle of the road standing as tall as he could and eyeballing me. He clearly didn’t like me running up on his woman, so I decided to give him that side of town and go back the other way.

After a mile or so the other way I came up on a pull off for viewing. I noticed something in the middle of the river on a rock. Some other people were watching it as well. It thought it might have been an otter. As I got closer I saw it was a bald eagle. I couldn’t believe it. I asked the other people and they confirmed that it really was a bald eagle.  America the beautiful. 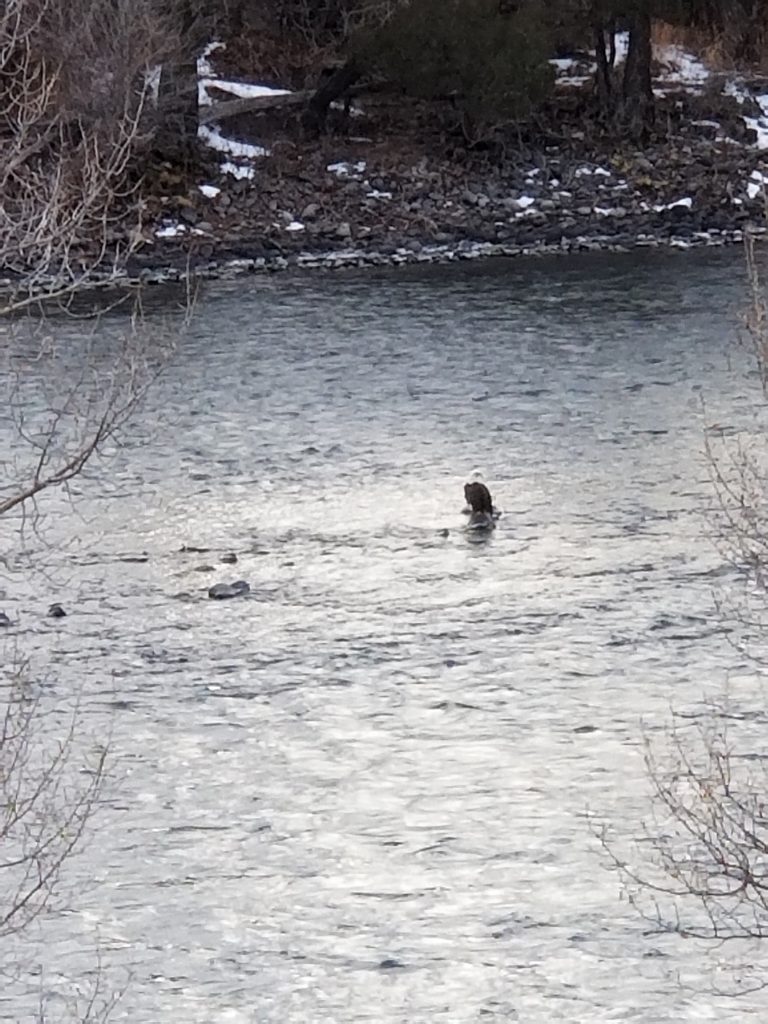