It was a nice woodland hike to the top of Purple Mountain. The bad was constantly working. Conductivity was down to an RV park and I was trying to get someone to go out and fix it. Then contractors cut the main power lines on Mt. Washburn where all the main microwave transmitter are for the park. The crisis ended up being avoided, but if it had gone bad all communications to the interior of the park would have gone offline. 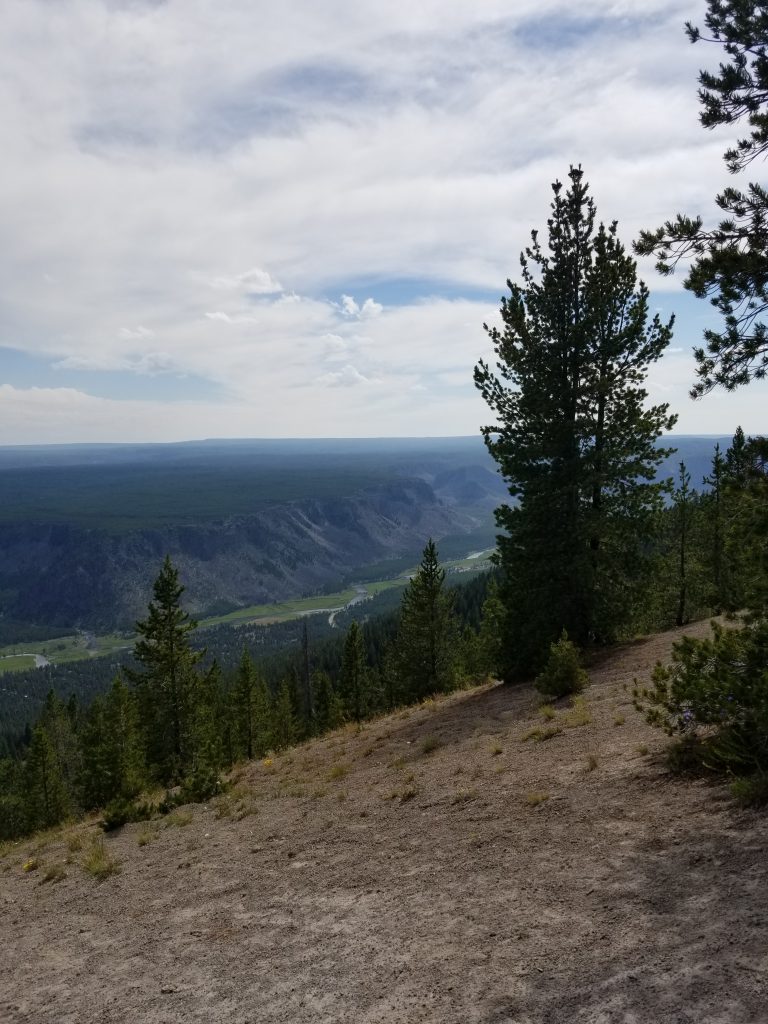 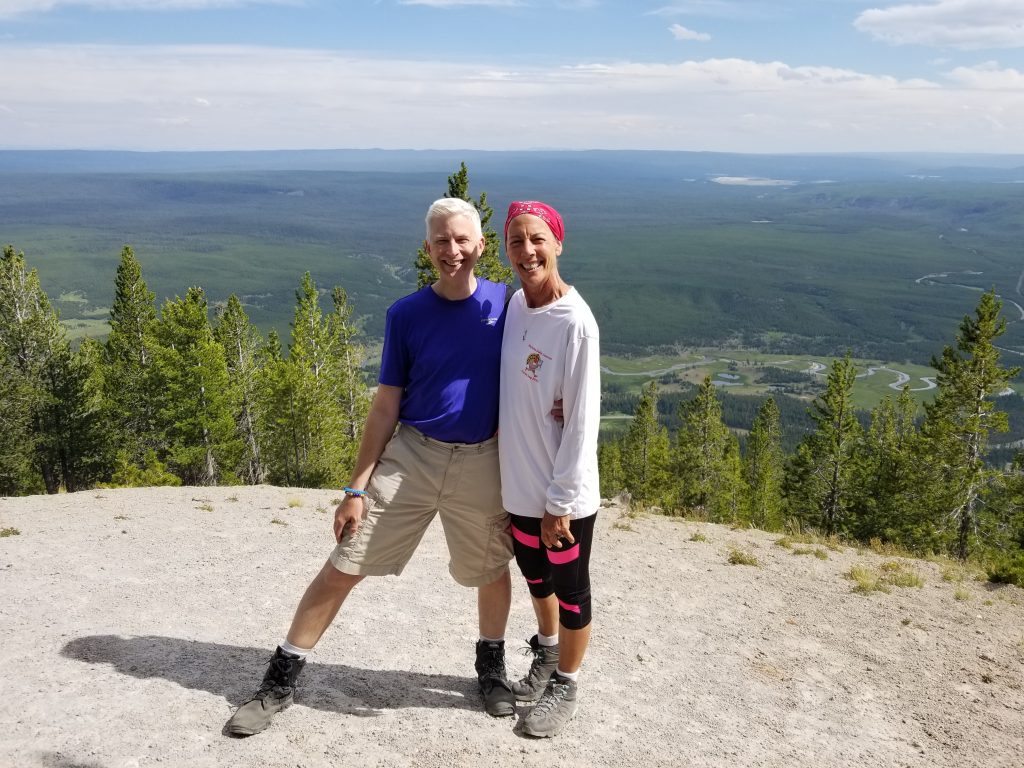 Had a funny thing happen on the way out. We saw a car stopped on a turn out with all the doors open. As we went by a man put his thumb out. Since we were in the middle of nowhere I asked Janet to stop the car. She did and I went back to talk with them about what was wrong. The woman looked mortified. The main explained that they were having an argument and he put his thumb out as a joke not thinking that anyone would stop. I think he was in even worse trouble after us leaving.