Picked up Janet at the airport. She had Leviticus in tow. We made a quick stop and then on our way to Gardiner. Janet got to see a full winter storm. Coming over the Bozeman Pass it literately was a blizzard.  The snow was blowing sideways due to the strong winds and visibility was almost zero. I hugged the right side and drove about 10-15 miles an hour. To give you an idea how bad it was I followed the right side off an exit and didn’t know we had left the interstate until I saw the stop sign. Had to get back on the interstate. Saw multiple cars in the ditch. It was bad. It took 3 hours to get home when it should have been an hour and a half.

Did see a few elk on the way to Bozeman. 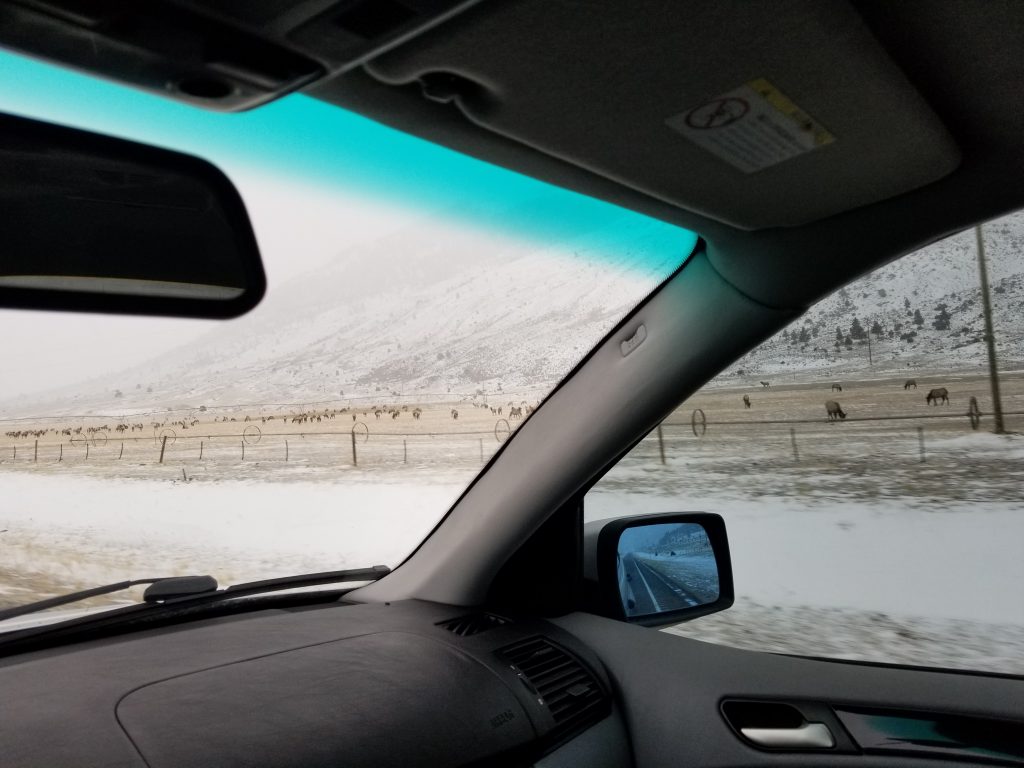