I flew out of Bozeman with Atlanta being the destination. Of course I was sick with sinus and other issues. I had to rest in Atlanta a little more than I planned before heading out to see mom and dad. It was great to see them and spend some time with them. It had been a long time since I saw them. I was also really happy to spend some time with my bib brother Edmon. It wasn’t long enough but it was great catching up with him.

Then it was back to Atlanta and then on the road to Indiana so wee Janet’s family.

Saw this in Bloomington while walking with Janet’s brother Mike. Was funny and creepy all at the same time. 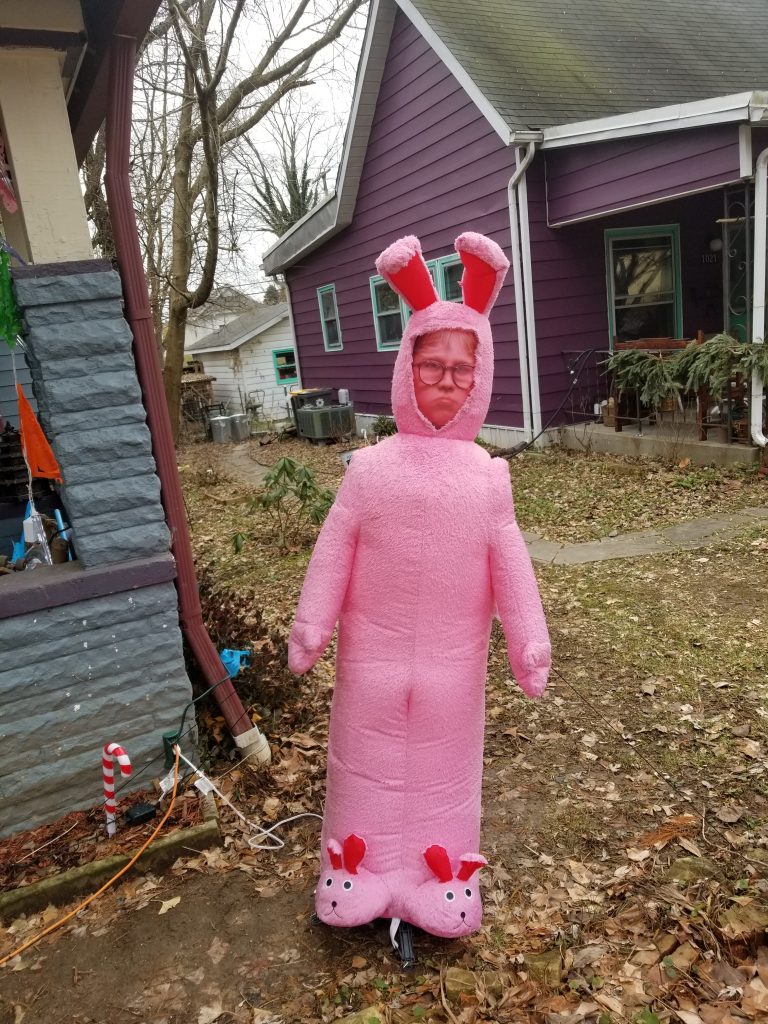 Jim’s girls came over to Mike’s (Janet’s dad) place for Christmas eve dinner. It was a lovely time. 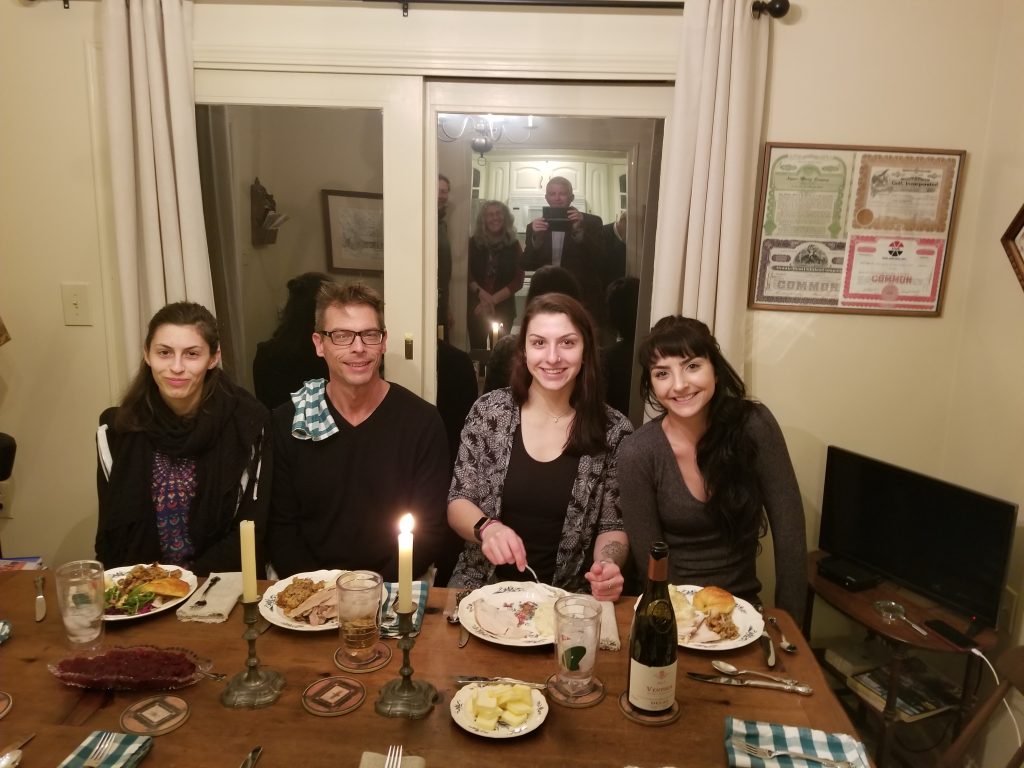 Jim’s gift of the hats was a HUGH hit. 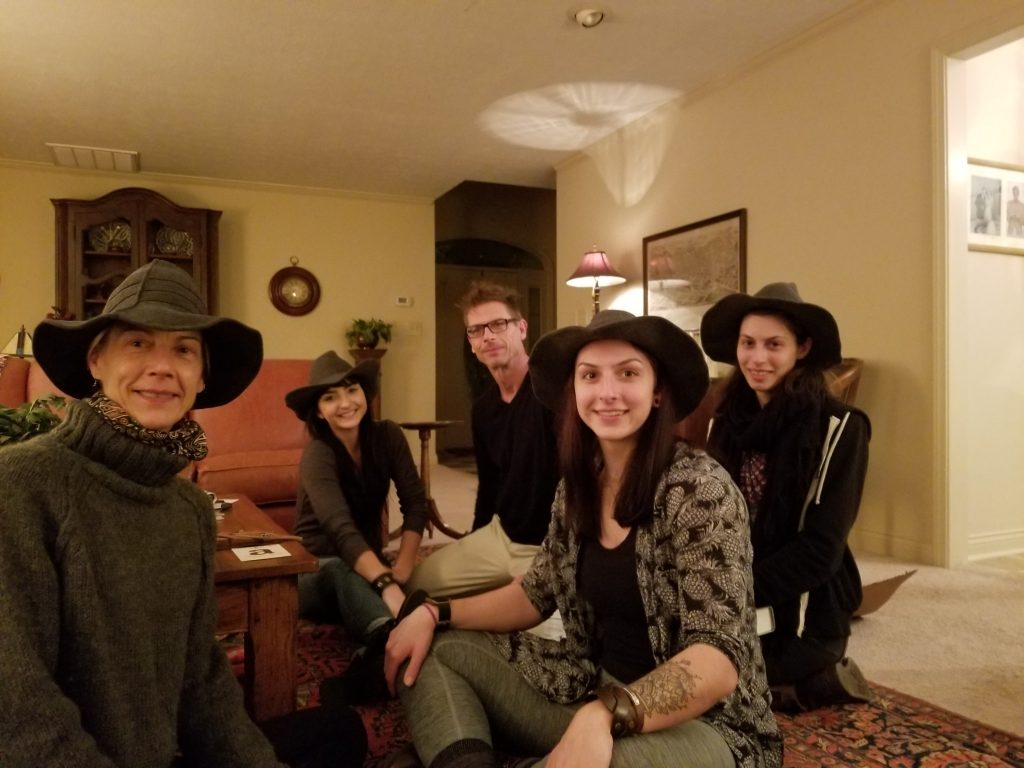 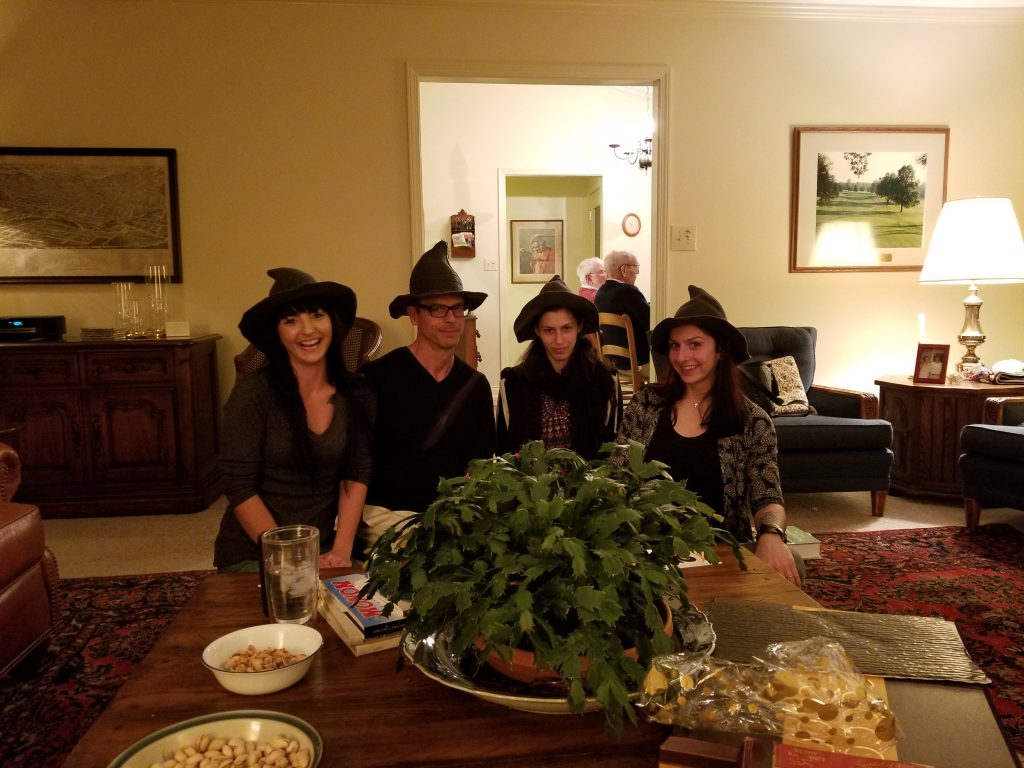