Janet is doing a great job driving through all the snow. All the while we are listening to the Shining. The book is talking about the bad weather and the “presence” at the Overlook trying to keep Hallorann from coming to help Danny. It was a little eerie at times. 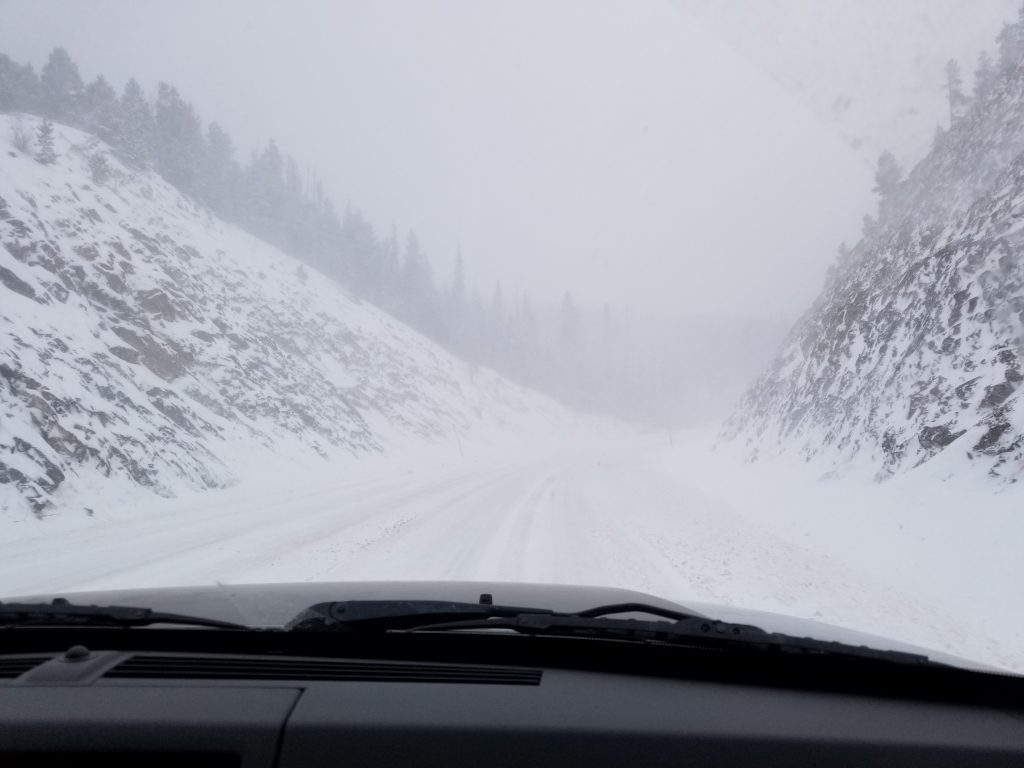 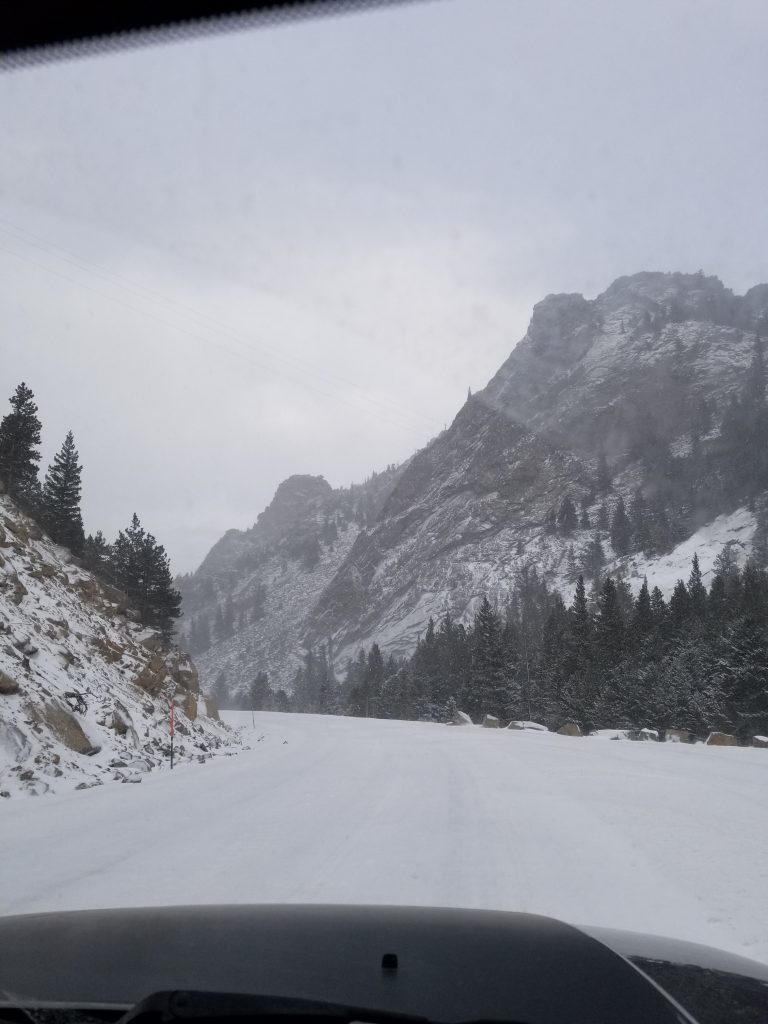 Stephen King: In late September of 1974, Tabby and I spent a night at a grand old hotel in Estes Park, the Stanley.  We were the only guests as it turned out; the following day they were going to close the place down for the winter. Wandering through its corridors, I thought that it seemed the perfect—maybe the archetypical—setting for a ghost story.  That night I dreamed of my three-year-old son running through the corridors, looking back over his shoulder, eyes wide, screaming. He was being chased by a fire-hose. I woke up with a tremendous jerk, sweating all over, within an inch of falling out of bed. I got up, lit a cigarette, sat in the chair looking out the window at the Rockies, and by the time the cigarette was done, I had the bones of the book firmly set in my mind.

This is the room and we will be sleeping there.

Halloran tells Danny that there are bad things at the Overlook that only people who shine can see. He tells Danny that none of the things he might see are real, and can’t hurt him. In any case, it’s very important that Danny stay out of 217. 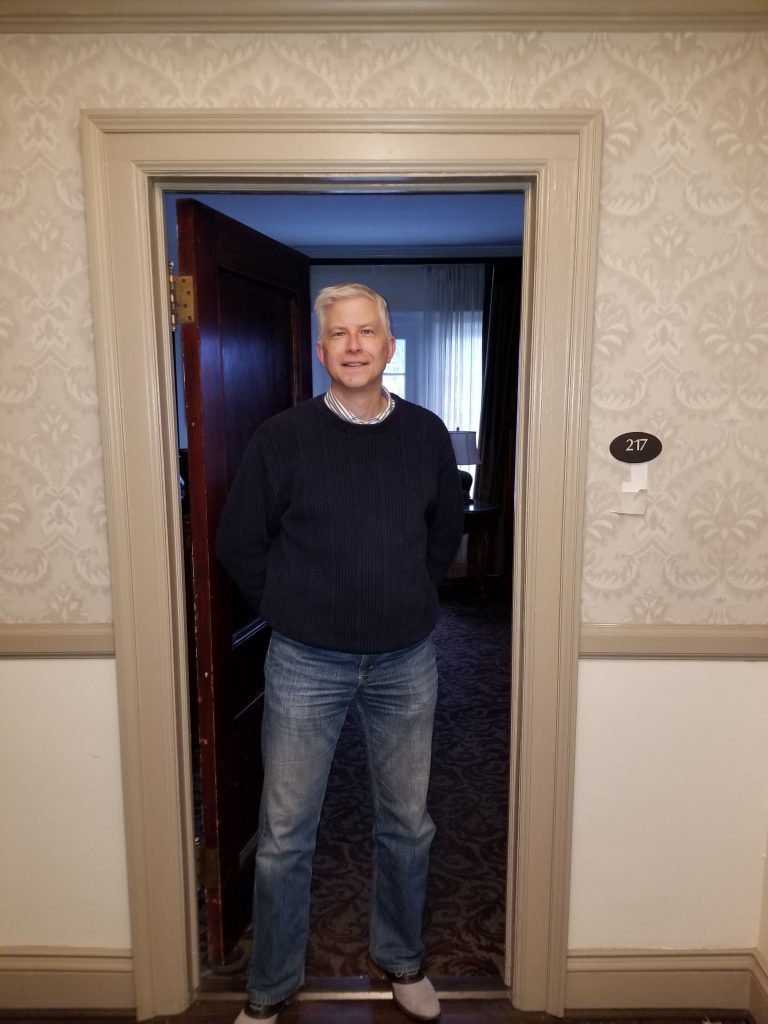 Lego version of the hotel. Note the ghost on the second floor. 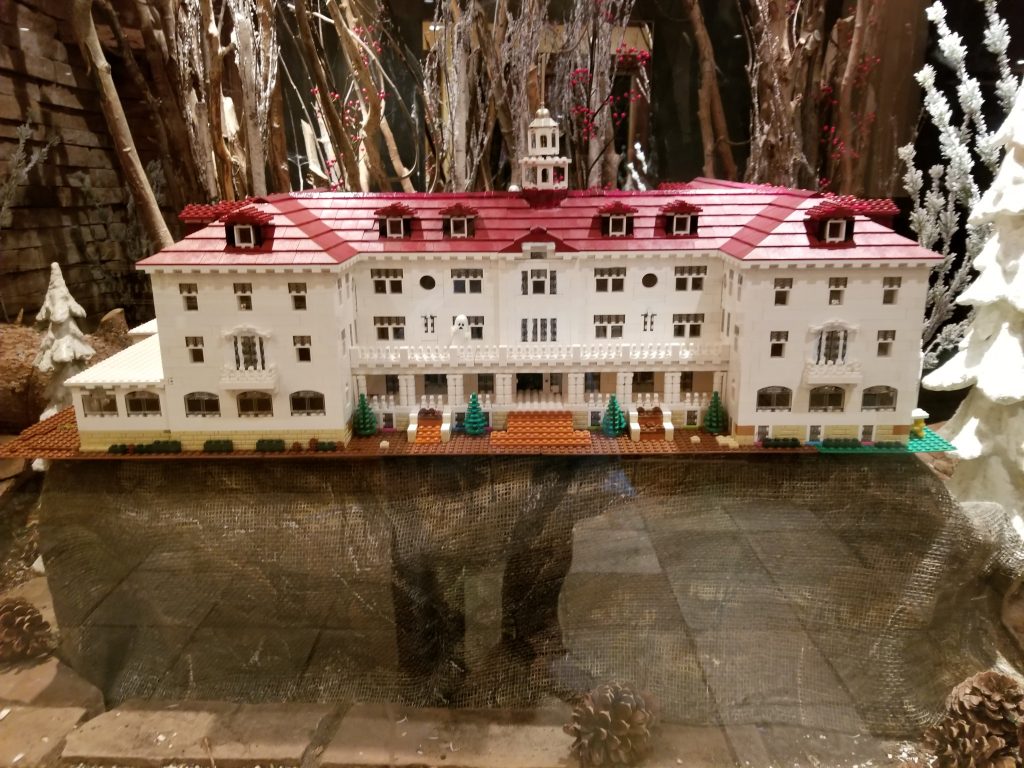 “Monsters are real. Ghosts are too. They live inside of us, and sometimes, they win.” 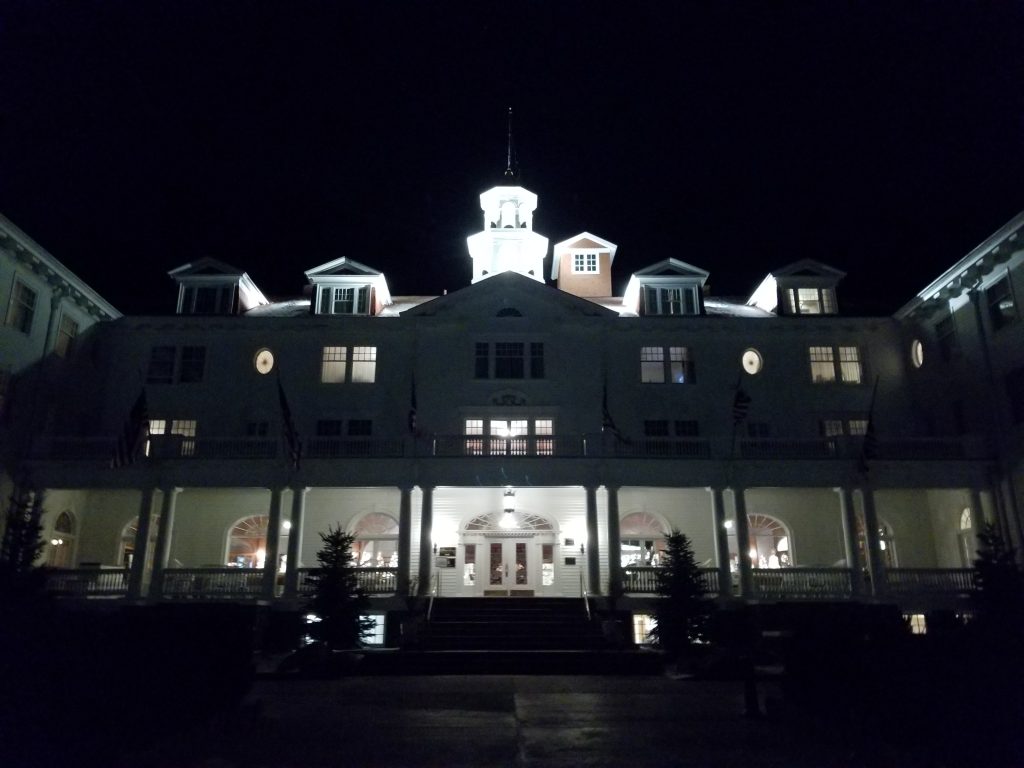 At dinner I looked for Lloyd but I couldn’t find him. We even watched the movie in bed in the room before falling asleep. Janet is a real trooper putting up with my odd bucket list items.

A little different during the day

The sun was bright and in our eyes. Just saying so you don’t think we were both in awful moods.