I have been in the woods a lot, but I have never spent the night in a tent. This is about to change.

I have my back county permit. 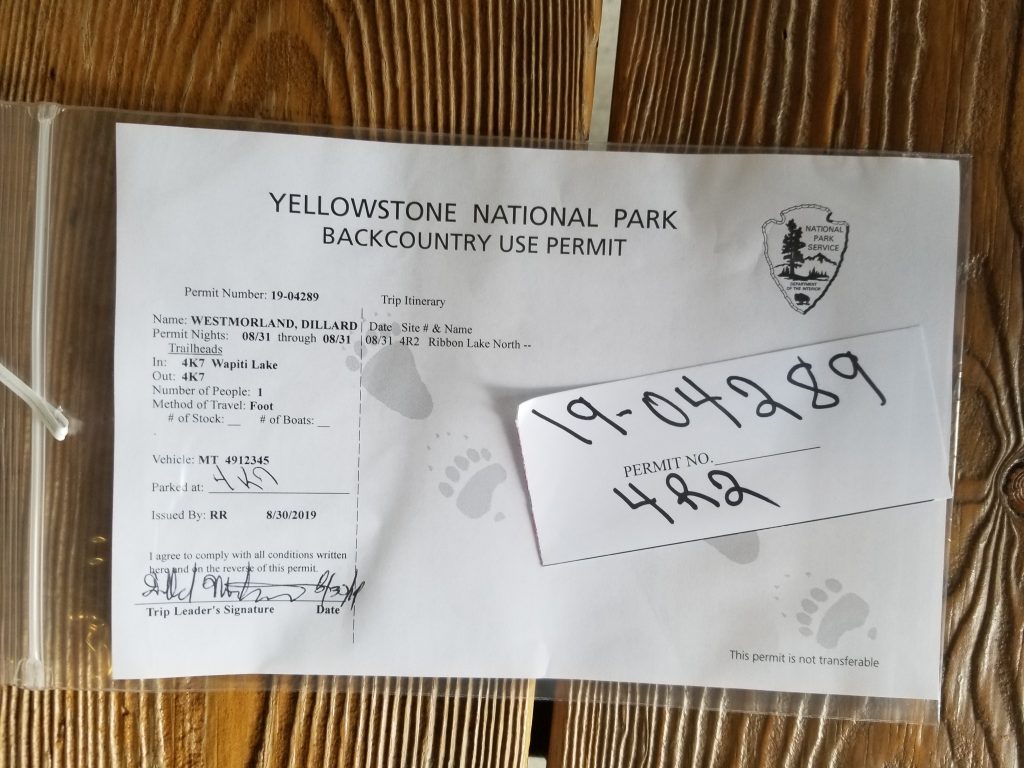 I have a full pack with food, water, sleeping bag, mat, tent and hammock. 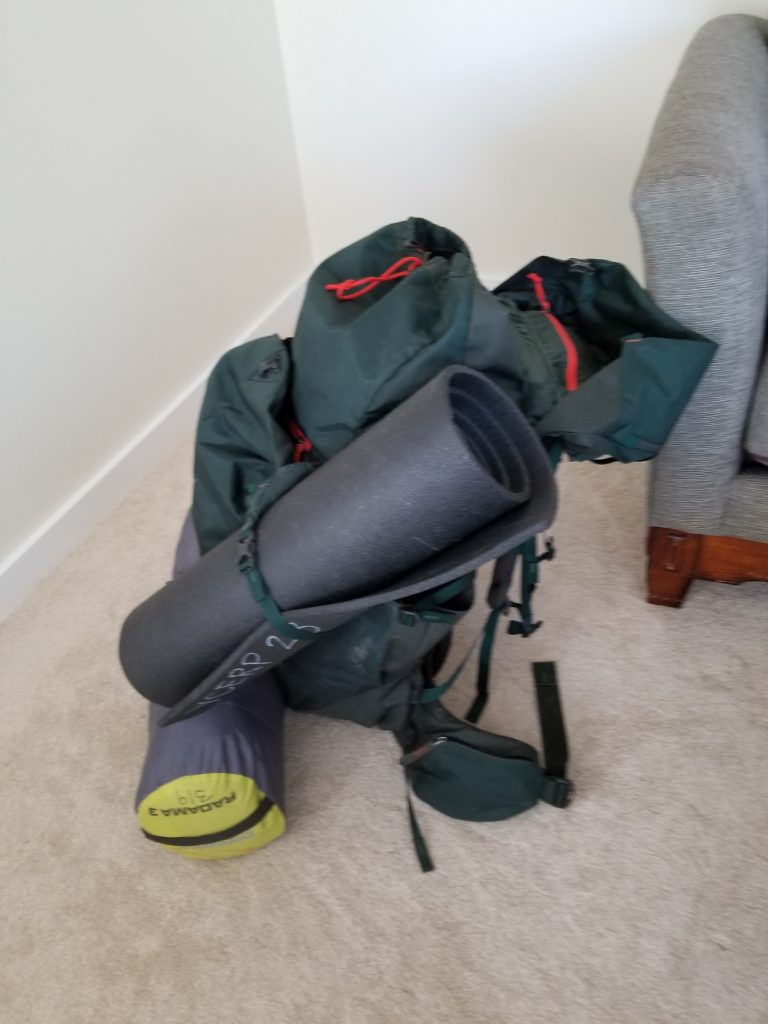 Starting out on the trail. I found that more people want to talk with you when you have camping gear than when you just have a hiking pack.

Some nice views along the way. 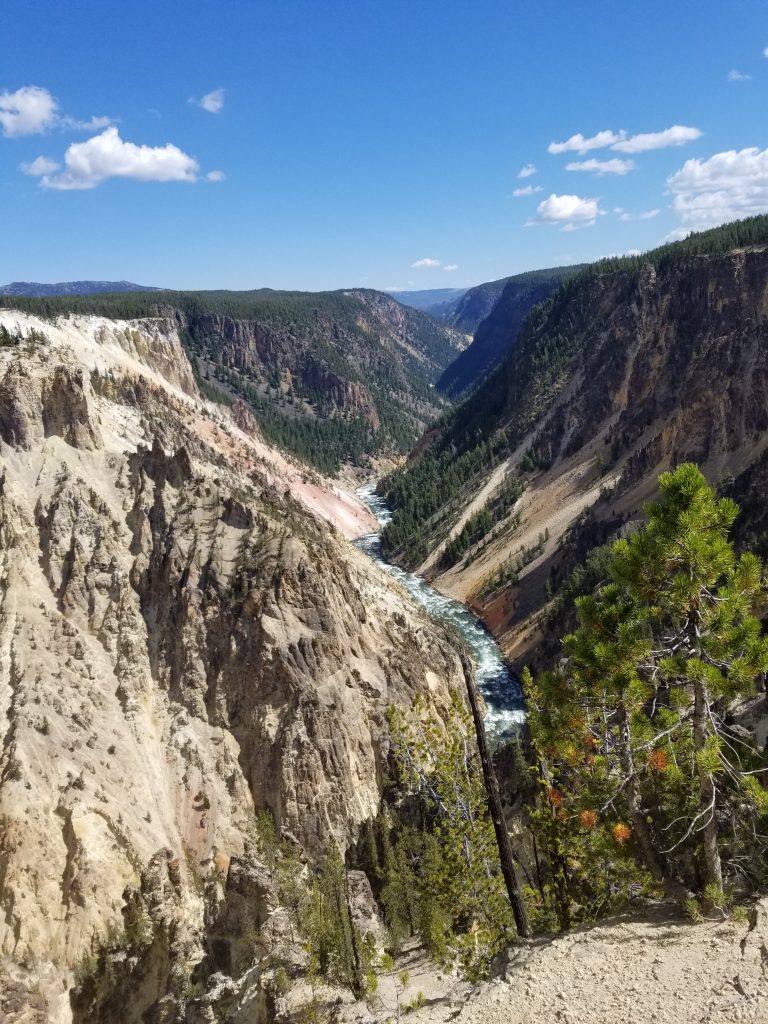 This will be my home for the next 24 hours.

Nice view of the lake just a short walk from the campsite. 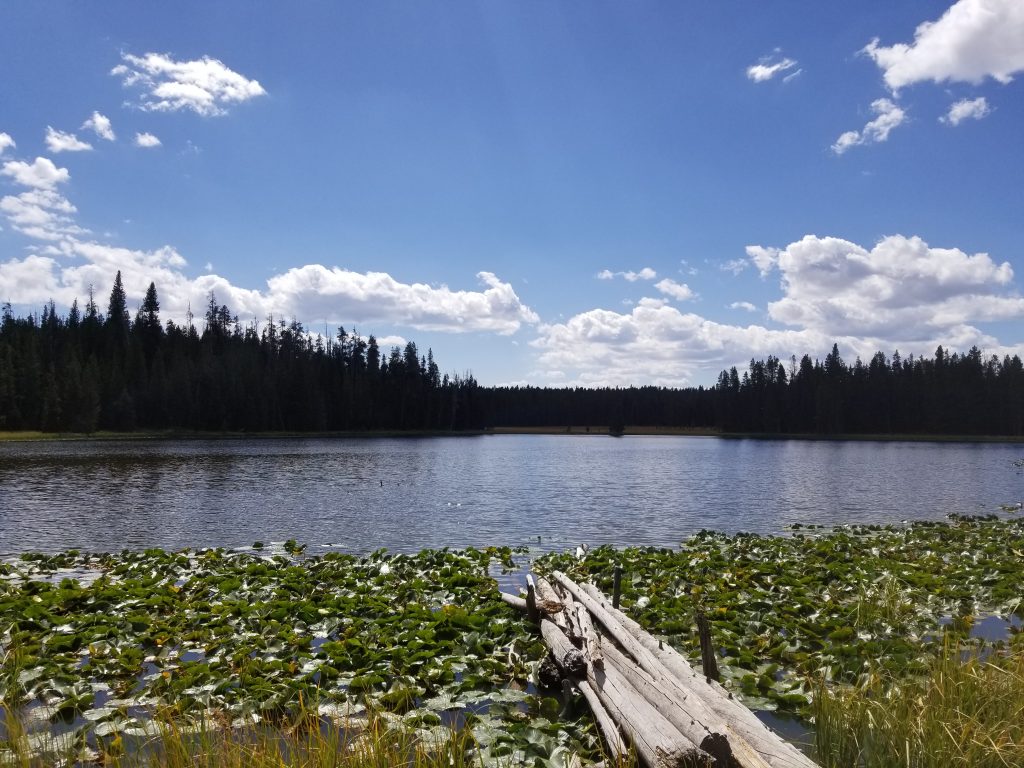 My bear bag is setup. 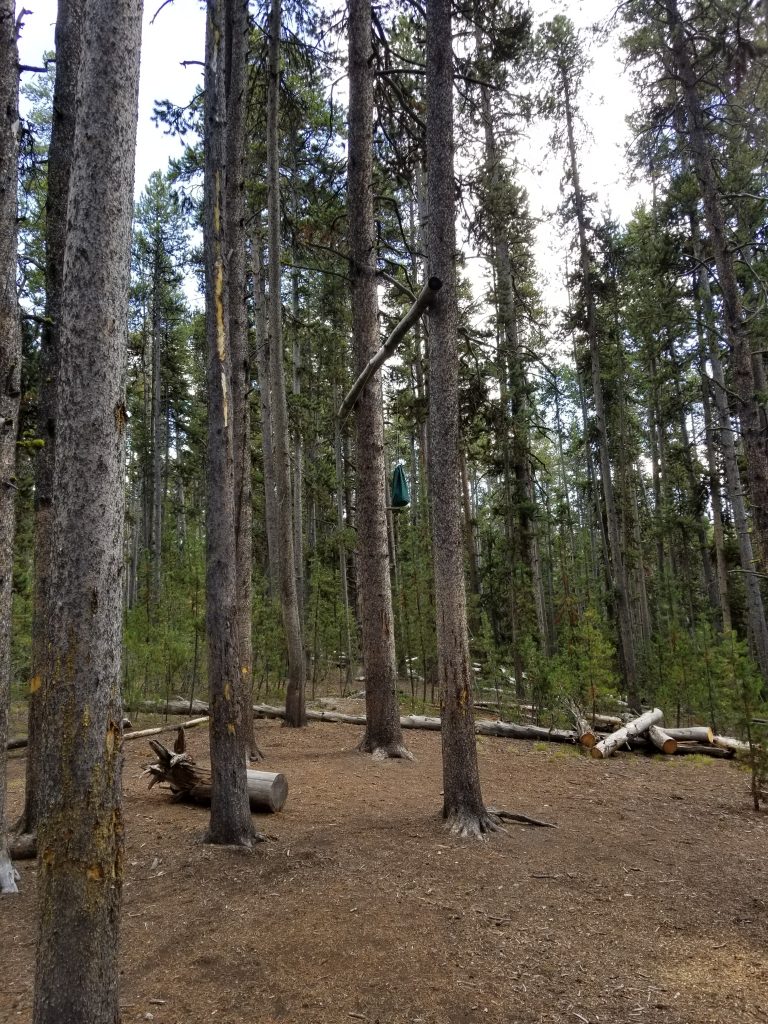 The hammock is nice. I am glad I followed the advice I received to not put it too high as I feel out of it once.

Watching the clouds go by. 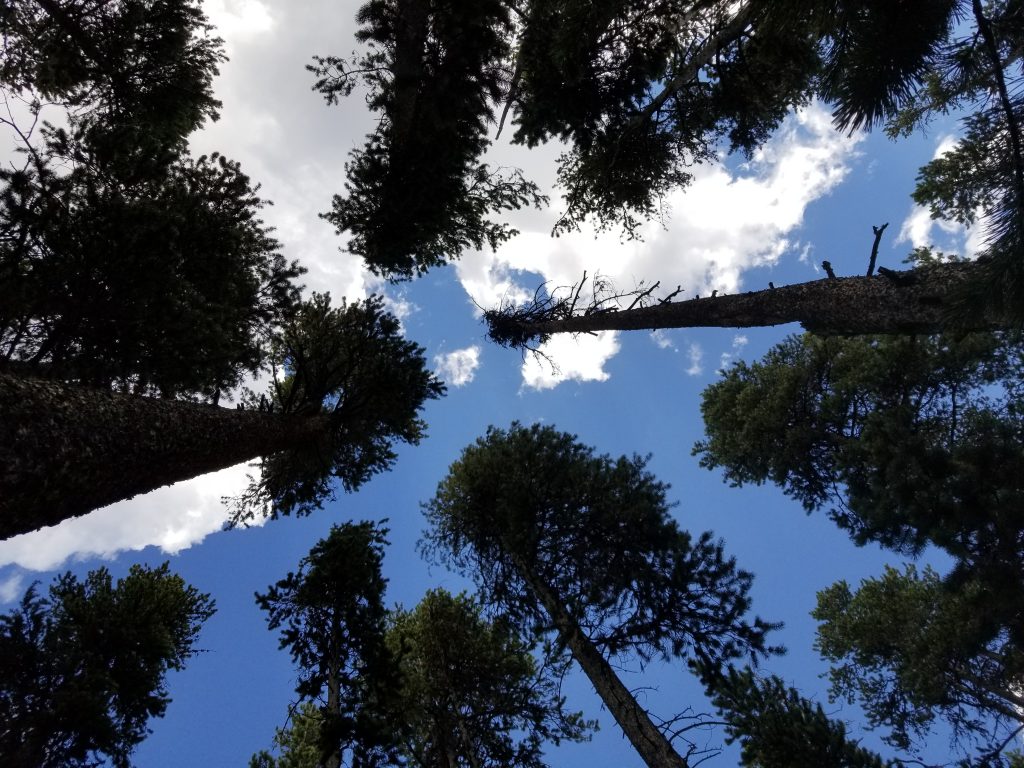 This looked like a giant hermit crap to me. I expected it to start walking off. 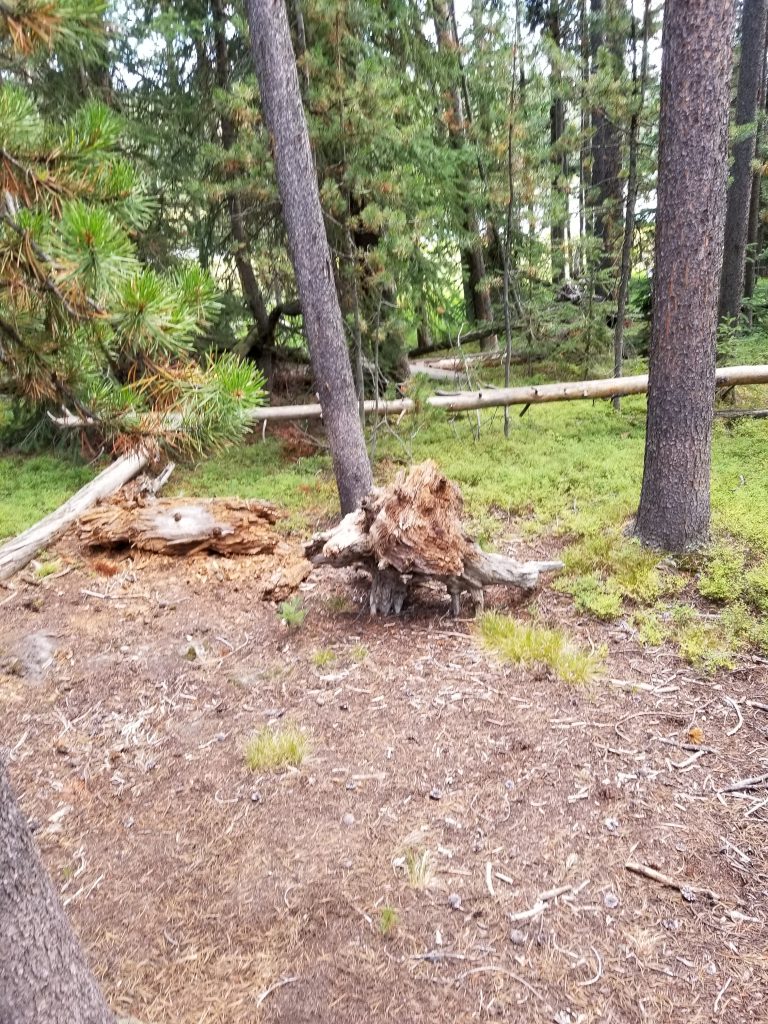 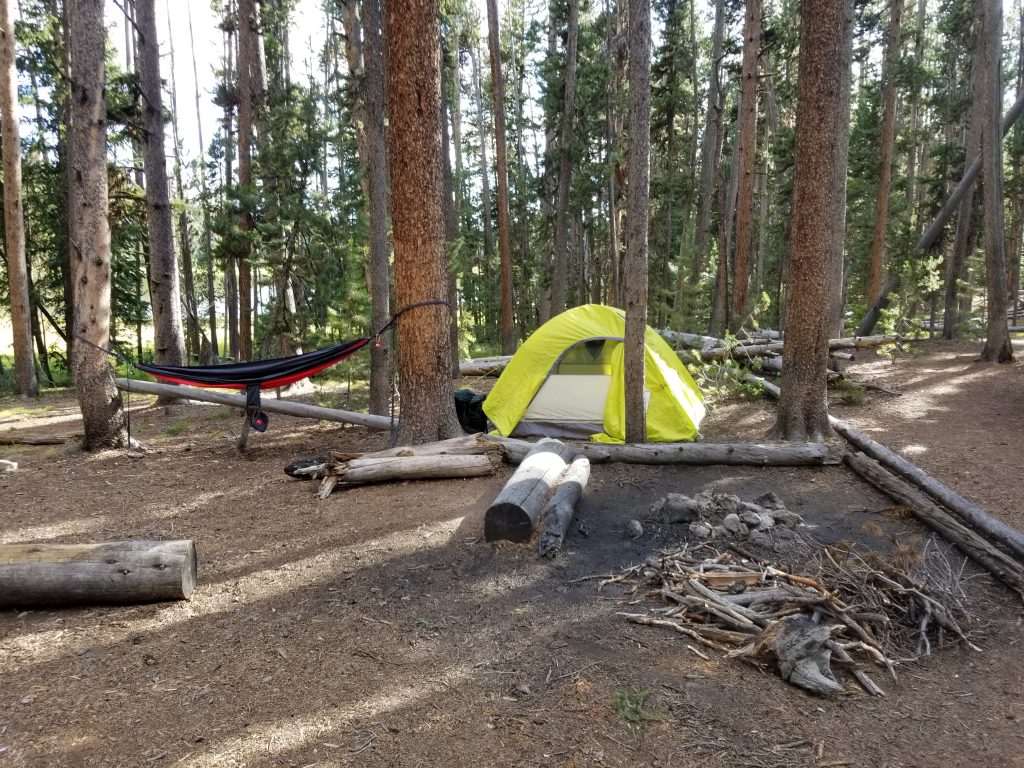 When I sent to make a fire my lighter that I had tested that morning before leaving the house would not work. I had to find dried moss and get a spark from the light to get the moss going to then get the wood going. 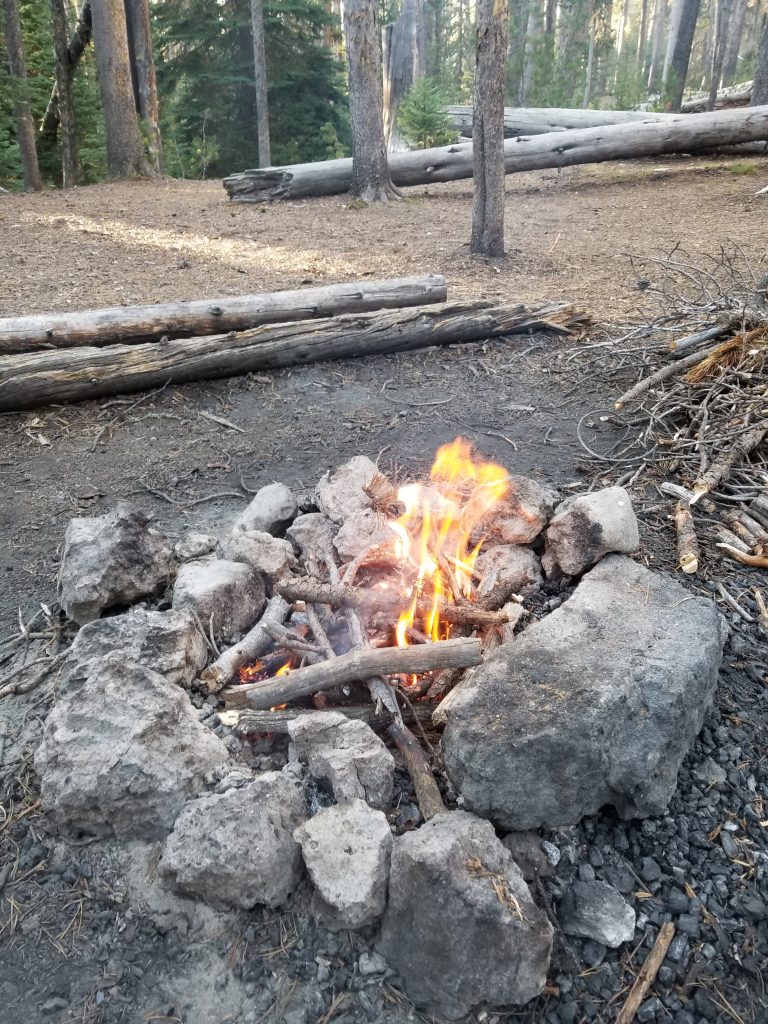 I got really dark. As it got really still I could hear what sounded like a jet plane going over. I finally realized that the sound was from the rushing water in the canyon. Very cool. 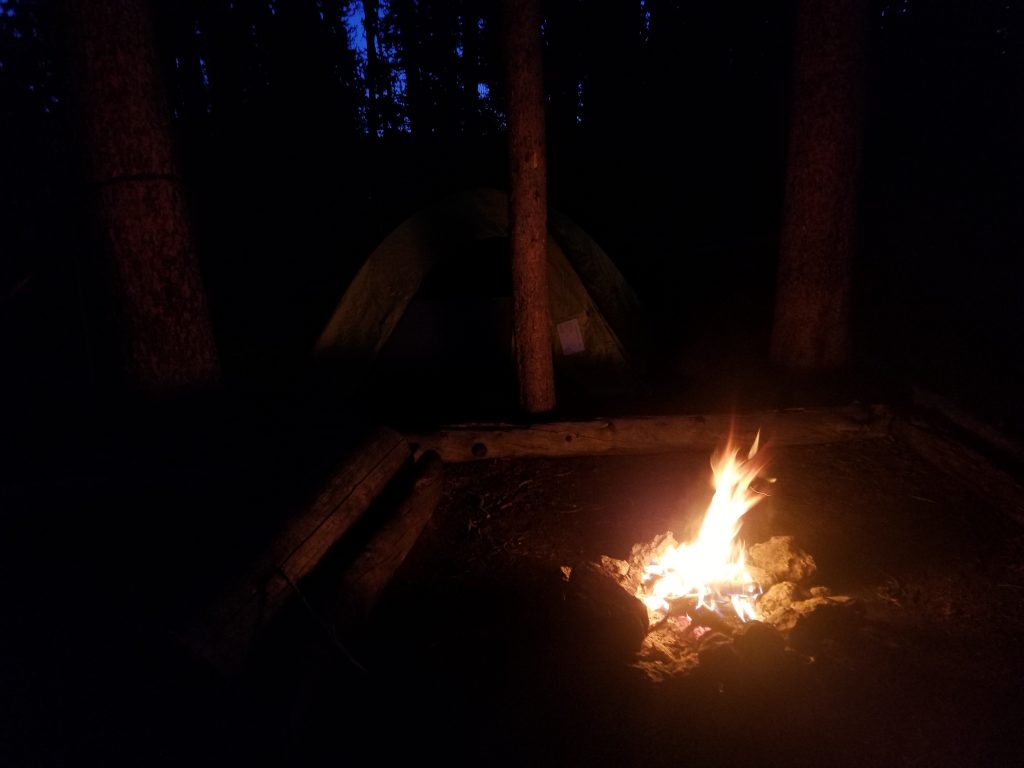 My view looking out of the tent after waking up. Well lets change that. After deciding to get up. I woke up every time I tried to turn over in my sleep which was about every hour. As it got cooler during the night I kept working the sleeping bag zipper up the bag. Of course it would catch on material and it would a fight to unzip and re-zip. That went on most of the night until it was full zipped because it got cool. I think it was high thirties.

One time during the night I was dreaming that I couldn’t breath. It was very vivid. I awoke taking big gulps of air. I think I must have had my face covered by the sleeping bag.

As I started to get out I heard a large gut sound in the distance. Can’t say it was a bear. It could have been an elk, but I did see bear scat. I waited a little while before leaving the tent to give what ever it was time to finish its’ business and move on.

The lake was lovely with the fog blanketing some of it. The animal sounds were plentiful as they were starting their day as well. 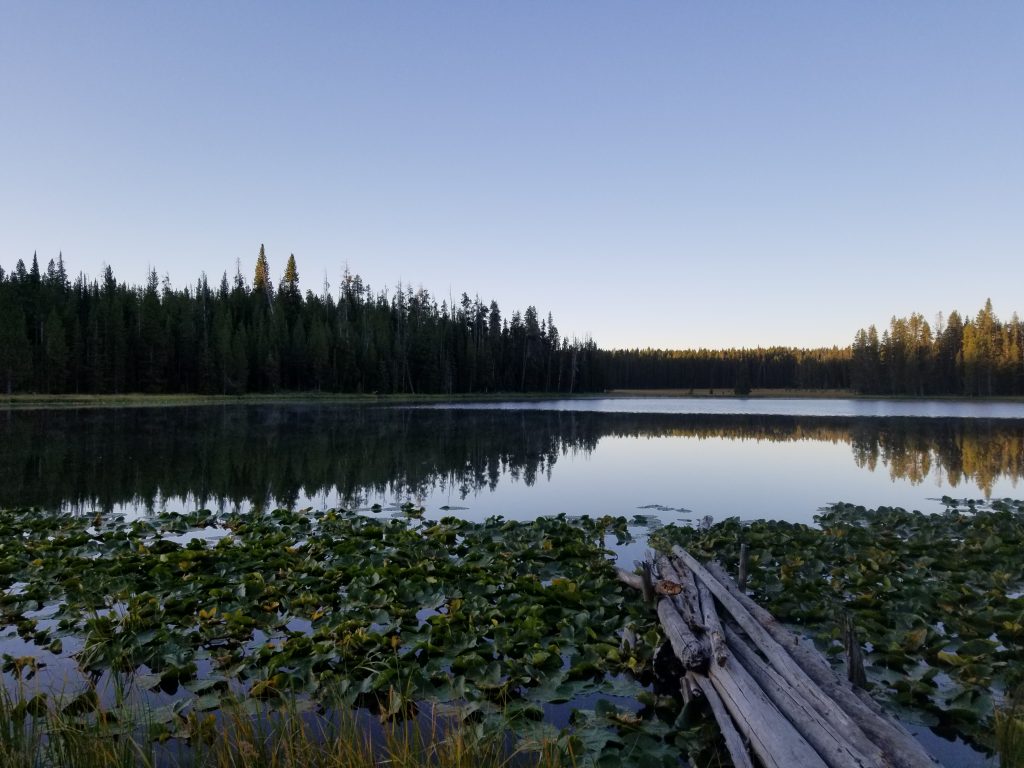 Well everything is packed up. 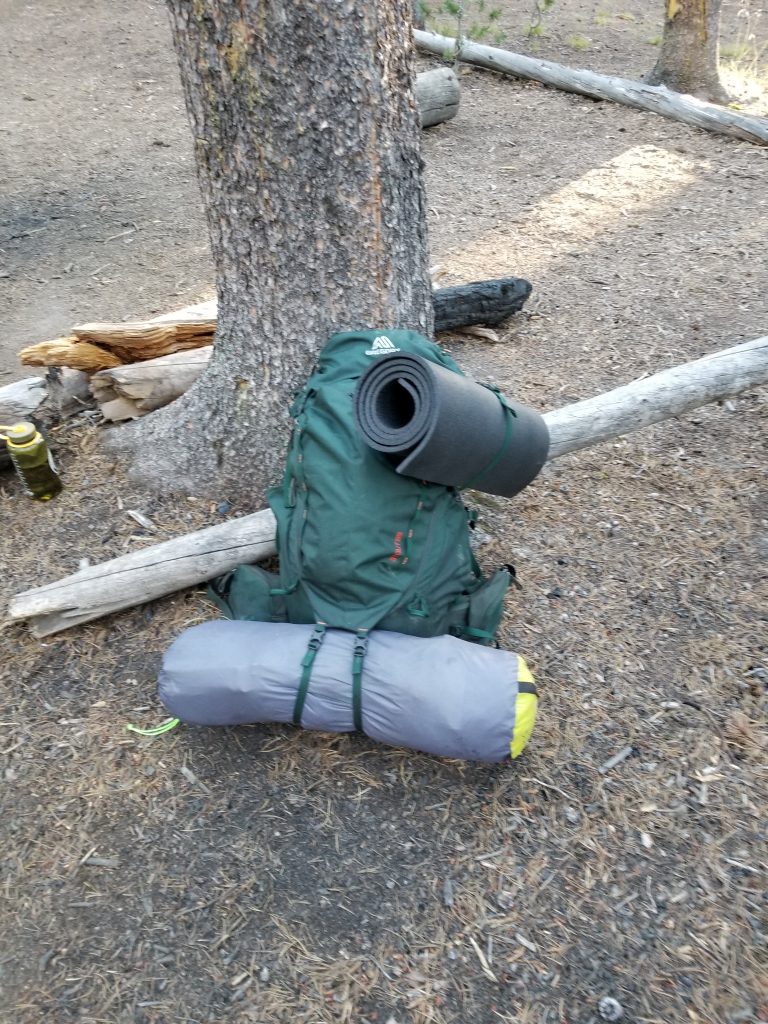 Ready to head out.

The morning light created some really beautiful colors in the canyon. 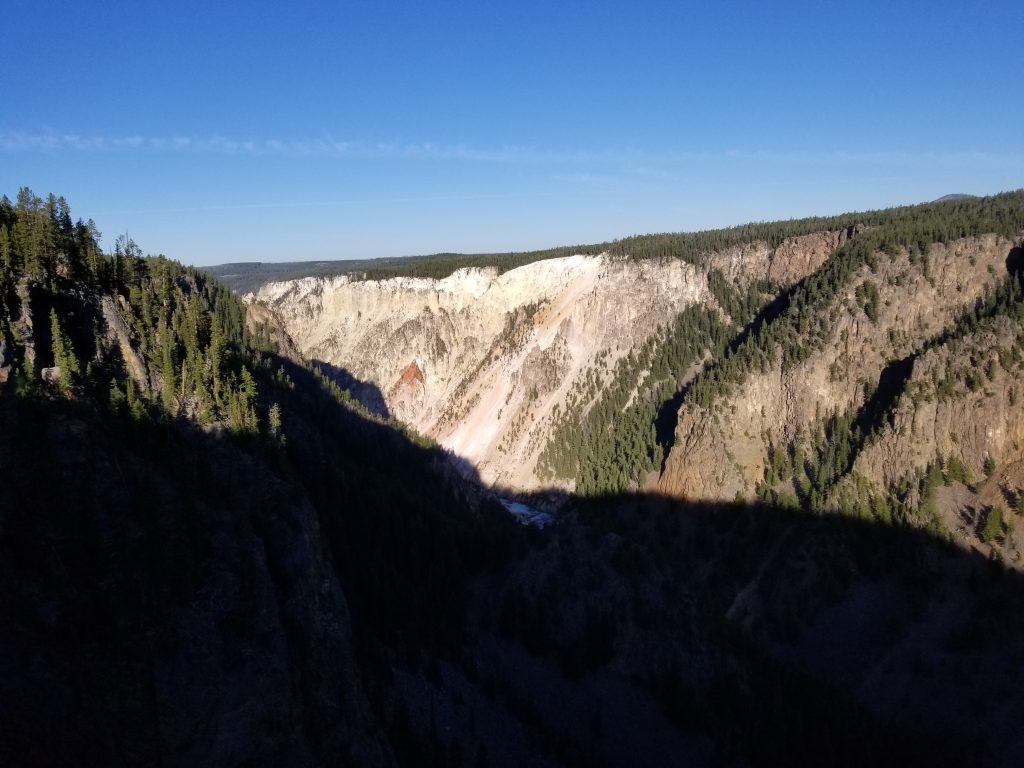 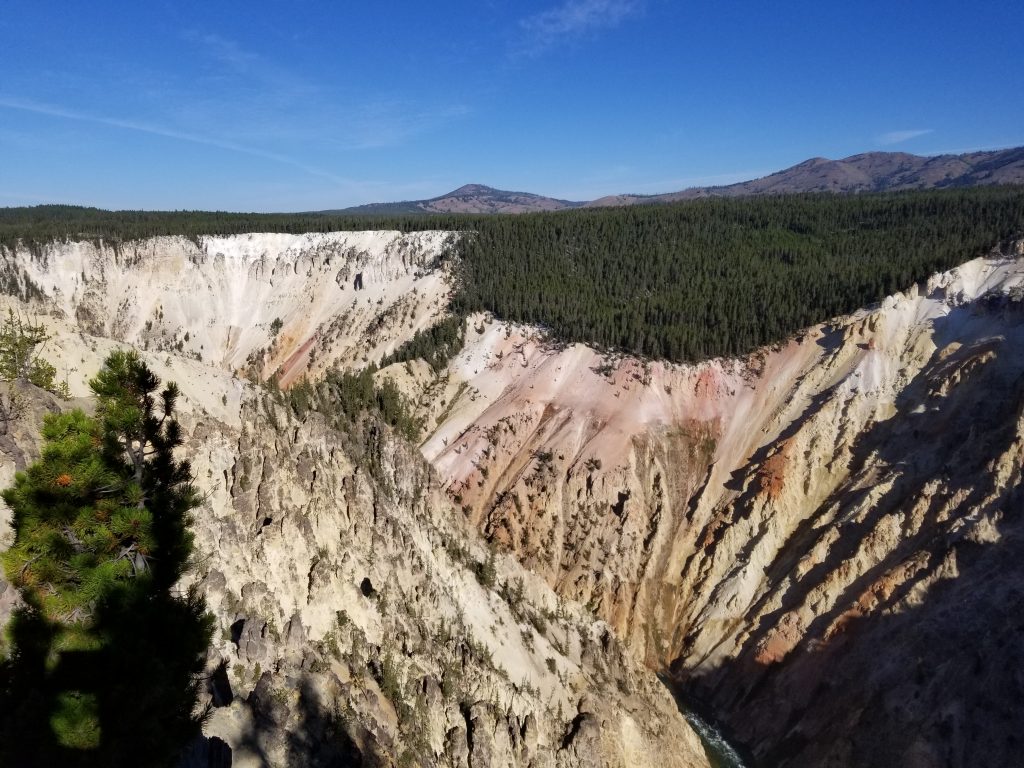 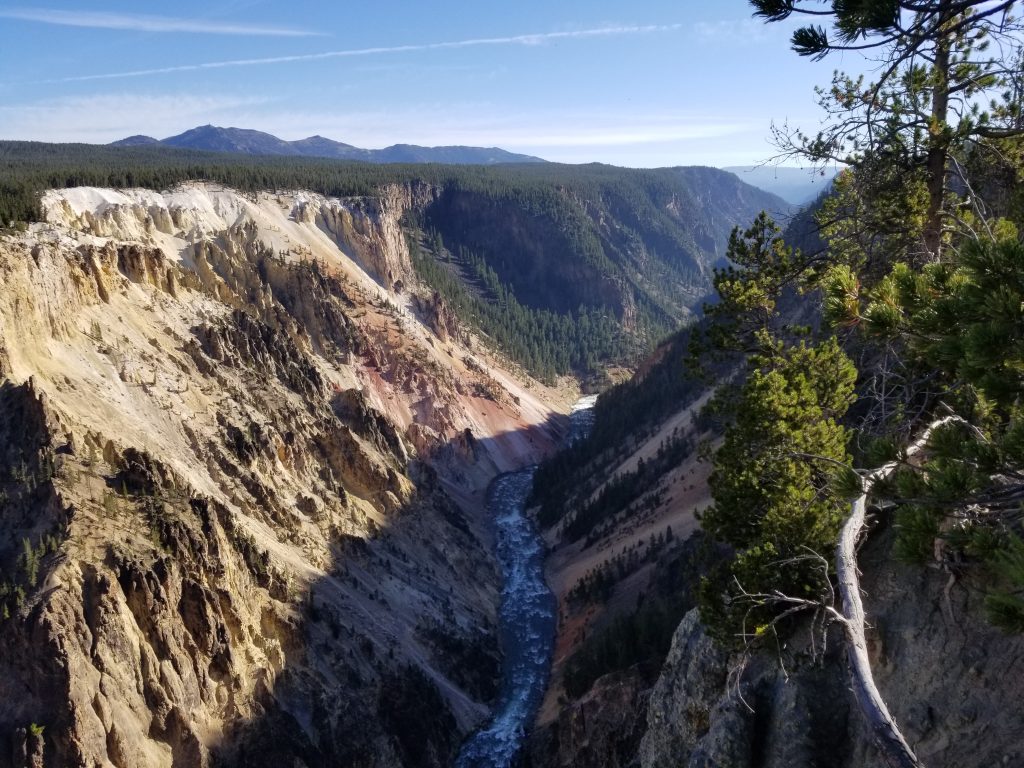 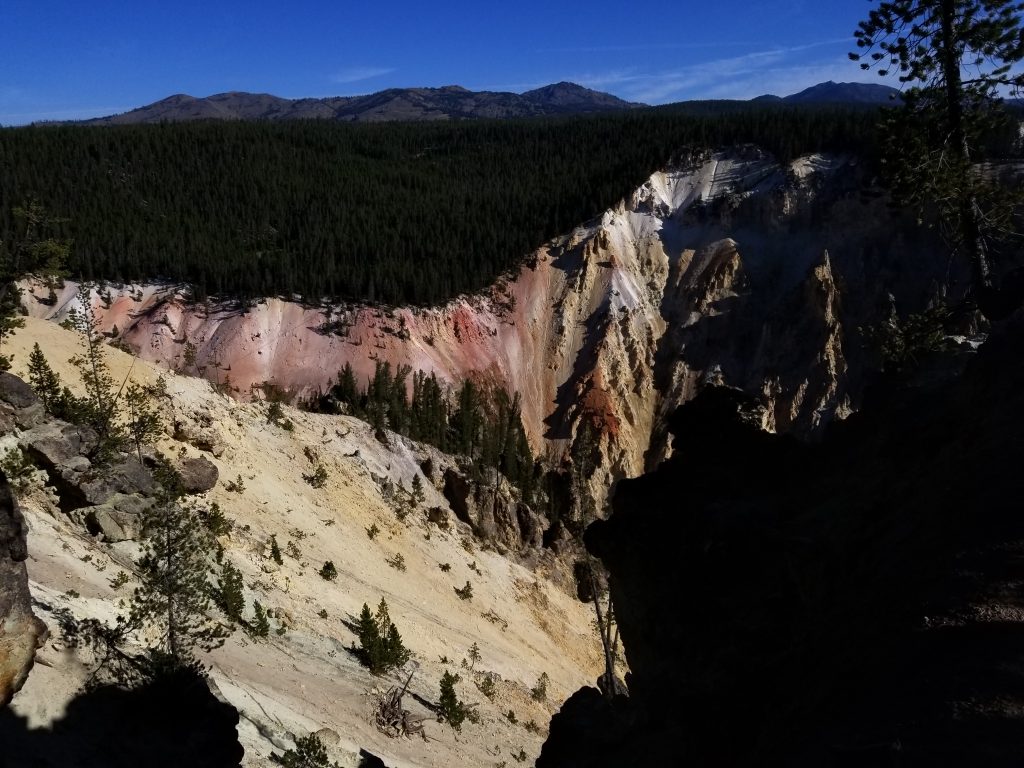 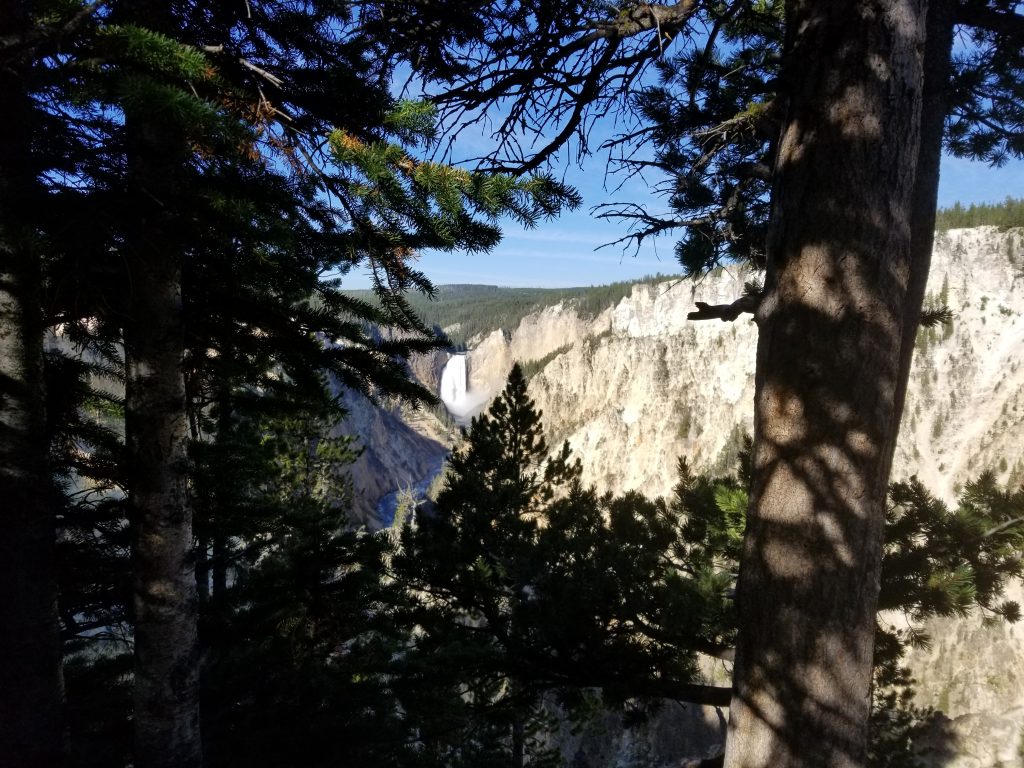